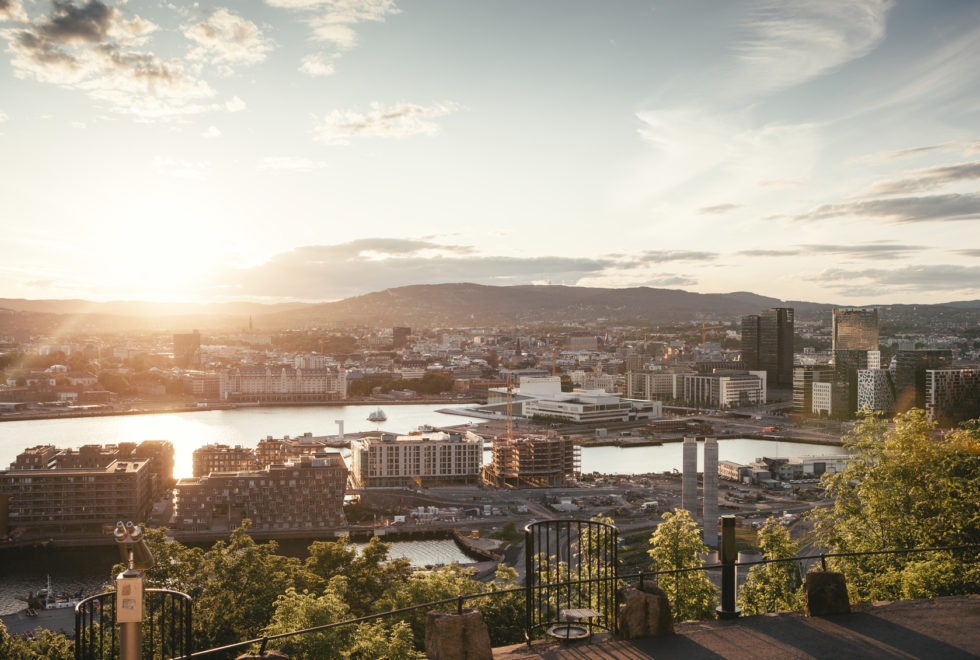 Top things to do in Oslo

Oslo has a lot to offer to visitors. We give you the absolute best from the capital of Norway.

Oslo is both the capital and the largest city in Norway. The city was founded in 1040, and has been the capital of Norway for around 700 years. The city is now one of the fastest growing major cities in Europe, and has been hailed as one of the best cities of Europe to both experience the urban vibe, nature and culture by the well-renowned magazine Wallpaper.

We’re giving you the three top things to do in three days so you have somewhere to start.

Day 1: A walk around the city centre

Coming to Oslo you’ll probably come with the fastest way from the main airport (Gardermoen) with Flytoget. The train goes directly from the airport to the city centre (Oslo Sentralstasjon, the central station), and is quite fast. As long as you’re not a big group it’s also cheaper than a taxi. You can also prebook a private transport with AutoEurope.

The station is, as might not be the case of all so-called central stations, in fact central. Walking out of the station you can go straight into the shopping centres of Byporten and Oslo City. Just going straight west from the central station you will find the main shopping street (pedestrian street) Karl Johan which you can follow all the way up to both the parliament (Stortinget) and the castle. The walk is 1,5 kilometers (under 1 mile).

It’s been fun sleeping in a train station and super convenient (20 from the airport, 10€ and super slick ?). ?? #Oslo #PAVolso

You can also sleep very well in the hotels surrounding and in the station: Scandic Byporten, Comfort Hotel Xpress Central Station, Comfort Hotel Grand Central, Clarion Hotel Royal Christiania, Thon Hotel Opera and Radisson Blu Plaza Hotel. All of those hotels are in factual walking distance of the airport express-station.

Eating can be done at the excellent food court at Østbanehallen at the central station if you fancy a bite just as you arrive. Further up in Karl Johan you can have a very good meal at Brasserie France (no points for guessing the food type), you can visit the Michelin starred Statholdergaarden, excellent upscale Asian food at Dinner, great tacos at Taquiera (where you can also sit outside in the sun), the classic Theatercafeen and Annen Etage. You can get good Italian tapas betweeten 16.00 and 19.00 on weekdays with excellent wine at Enoteca Svanen – an old pharmacy converted to wine bar. A bit cheaper is the excellent asian restaurant Oriental Cuisine, and traditional Norwegian food you will certainly get at Kaffistova.

Some years ago the best shops were found behind the castle or west in Oslo. That is no longer the case. Similar to many of the big cities, the biggest and best shops have gathered around the pedestrian zone in the center of the city.

Eger on Karl Johan is worth your time. From this modern store, you can make your way to Zara, H&M and several chain stores. If you can afford more than window shopping; Louis Vuitton, Burberry, Gucci, Hermés and the likes who all are cluttered around the department store Steen&Strøm with its excellent food court (and a licensed shop for wine and booze) in the cellar.. There are multiple nice bookshops down towards the castle (amongst them Tanum and Norli), and in Paleet they sell both tasty ice cream (Ben&Jerry) and nice clothes.

There are not that many great hotels situated around Karl Johan, but the hotel where celebrities and presidents stay is the Grand Hotel with a view of the parliament. You can also check out Hotel Christiana Teater (a converted theatre) and Hotel Continental.

Sights in the central part of Oslo is the mentioned parliament and the castle, but also the National Theatre, Oslo Cathedral, the old university and the National Gallery.

Day 2: See the vikings, stay for the waffles

Kon-Tiki? Ever heard of it? Norwegian guy tries to prove a theory that people migrated from Africa to South-America by actually going on a raft? Well, if you want to see that raft it’s on Bygdøy. You will also find a Viking Ship Museum where you will not find a replica, but a real ship.

The best thing on Bygdøy, which you reach by going on a bus (take bus number 30 towards Bygdøy, buy tickets with the Ruter app. It takes 20 minutes from Jernbanetorget, is Folkemuseet. This is an open air museum that gives you throwback to the really old Norway. Well worth a visit. On the bus ride you will actually travel straight through the King’s Farm.

On Bygdøy there are also beaches. The crowded Huk or the not so crowded – but longer walk – Paradisbukta (the beach is better there by the way). We’d recommend bringing your own food for the beach, but at Folkemuseet you can get traditional Norwegian food (try the waffles, they’re not like what you’d expect).

Day 3: Take a walk on the wilder side of Oslo

Let’s be fair, the wilder side of Oslo it’s not that wild. It is what can be descibed as cool, hip and trendy. It all started with what used to be the old worker class-part of Oslo – Grünerløkka – slowly turning into a gentrified part of Oslo with trendy restaurants, cafés, shops and whatnot.  This gentrification has spread to most of the eastern part of the central city of Oslo, into Gamlebyen (the old town) and St.Hanshaugen.

As a tourist the best thing is to start it all with a tram ride from Jerbanetorget (outside the central station) and get off on Olaf Ryes Plass. That square is in fact named after the man who had the first official world record in ski jumping, in addition to a long military career. Around the cozy square you will find what might be the best Italian pizza in Norway at Villa Paradiso, nice drinks and cool concerts at Parkteateret, great burgers at Illegal Burger and you can also take a short stroll to coffee nirvana at Tim Wendelboe (on the corner of Fossveien and Grüners gate). If you walk up Thorvald Meyers gate (the street with the tram) there’s very nice sandwiches at Godt Brød, burgers at Munchies, a more or less real american vibe at The Nighthawk Diner, great beer at Grünerløkka Brygghus and superb drinks at Bar Boca. The shops here – except from the chain stores – come and go, but stop by some of the classics like Los Lobos and check out the new ones.

A short stroll from Grünerløkka you will find Mathallen. If you ever wondered where to get different kinds of gourmet foods in Oslo this will be the answer. From there it’s not that far to the great park of St.Hanshaugen (1,3 km). On the southwest tip of the park you can find Gutta på Haugen, Smalhans and the great coffee place Java. The lunch at Pascal is great. They also have take-away.  The park itself used to be the burial ground for horses in Oslo, but today it’s a park that lives with it’s  great view of Oslo from the top.

If you go the other way, from Olaf Ryes Plass to Gamlebyen you will pass a part of the town that will feel like walking into someting akin to a united nations. The smells, the foods, the people and the vibe will be very far from what you will normally think of as “Norwegian.” The strange thing is that in the middle of this you’ll find a very Norwegian place to eat: Olympen. There are in fact several great places to eat here like the Italian Roald & Umberto, Oslo Mekaniske Verksted and of course the strangeness that is Maemo. The walk from Olaf Ryes Plass to Grønland (translated Greenland) is around 1,5km and can take you next to the Botanical Gardens.

Hotelwise there aren’t that many options in this part of town, but we’ll recommennd one: Scandic Vulkan.

On the hightes point of Karl Johan, Egertorget, you get a view of the castle. More important shoppingwise you’re only steps from Louis Vuitton,Mulberry, Hugo Boss, Gucci, Hermés and several other high-end brands, in addition to the upscale shopping you’ll find at Eger. It’s also convient that this smack down in the city centre, you’ll pass it any way you slice it if you visit Oslo.

Trick. I’s the only place you CAN buy wine. Beer (up to 4,8%) is sold in grocery shops, but not wine. Or Liquer. There is several branches ofVinmonopolet in Oslo.